A novel gene involved in human diabetes: Mutations of the ONECUT1 gene disrupt the development of the pancreas

An international team has revealed that genetic variations in the ONECUT1 gene are involved in a spectrum of diabetes form. 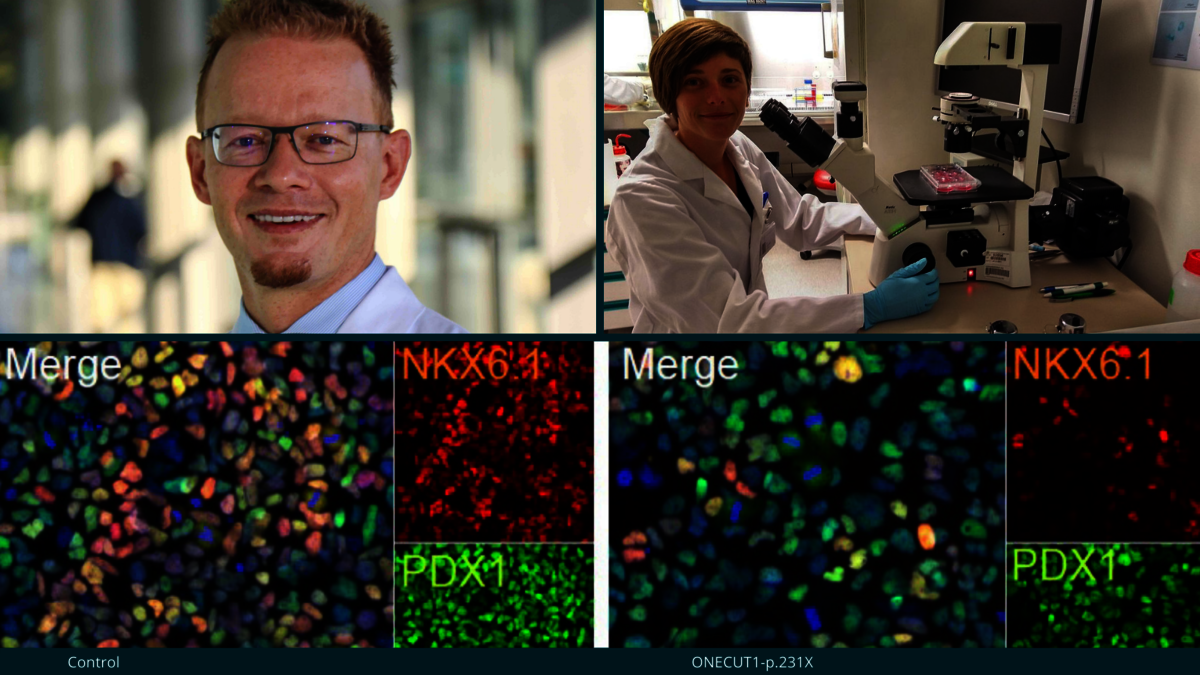 An international team under German-French leadership has revealed that genetic variations in the ONECUT1 gene are involved in a spectrum of diabetes forms by impairing the function of insulin-producing b-cells of the pancreas.

Researchers at Ulm University, Germany, and at Cochin Institute, Paris, France, played a leading role in the study entitled “Mutations and variants of ONECUT1 in diabetes”, which was recently published in Nature Medicine.

Diabetes threats the mankind according to UN
Diabetes mellitus is a widespread disease, which may occur throughout the live. More than eight percent of adults worldwide suffer from this chronic metabolic disease, and importantly, children are also increasingly affected. Diabetes is associated with high blood glucose levels, which in the long term can lead to serious secondary diseases. The causes, symptoms and progression of the disease differ depending on the type of diabetes.

In addition to common forms of diabetes, mainly known as type 1 and type 2 diabetes, which have a multifactorial inheritance involving both genetic and environmental factors, a small subset of diabetes cases are caused by single gene defects (monogenic inheritance).

ONECUT1 is a major player in diabetes
Within the frame of a study recently published in Nature Medicine, an international research team demonstrated that genetic variations in the ONECUT1 gene orchestrate paramount roles in the development of certain forms of diabetes. The researchers initially performed a detailed clinical and genetic study of an extended French consanguineous family presenting cases of neonatal diabetes and adult-onset diabetes. They showed that complete ONECUT1 deficiency (two mutated alleles) results in a severe form of neonatal diabetes associated with a small pancreas and absent gall bladder, while partial deficiency (one mutated allele) confers a high risk of adult-onset diabetes. In addition, genetic variants located near ONECUT1 and affecting its regulation are associated with increased risk of common type 2 diabetes. Overall, this identifies ONECUT1 as a major player in diabetes.

Pivotal role for pancreatic development
The international research team then went on to study the functional consequences of ONECUT1 mutations. ONECUT1 plays an essential role in pancreatic development and mutations in this gene disrupt this complex process at various stages. To better understand the molecular genetic networks active during pancreas development, human pluripotent stem cells featuring a deleted ONECUT1 gene were differentiated into pancreatic cells.

In addition, patients’ skin cells were employed for reprogramming into stem cells, which at their turn, were differentiated into pancreatic cells. These meticulous laboratory investigations showed that formation of pancreatic progenitor cells was substantially suppressed by the newly discovered ONECUT1 mutations. In addition, the insulin-producing pancreatic b-cells were characterized by a permanently impaired ability of regulating the glucose level in blood.

Towards a personalized treatment of diabetes
The result of this joint study is a milestone. It shows how collaboration between clinical research, human genetics and patient-oriented basic research can help to better understand a complex metabolic disease, with important health care prospects. This discovery will contribute to improve the precise diagnosis of diabetes cases; it has a high clinical relevance as it marks a stage towards personalizing diabetes treatment by designing & tailoring therapies based on the individual genetic characteristics of those affected.

Background:
ONECUT1 stands for One cut homeobox 1, and is also known as HNF6 for Hepatic Nuclear Factor 6. This protein acts as a transcription factor that can be switched on/off and therefore be associated with the activation/suppression of certain genes. Transcription factors generally ensure that genetic information of the DNA is transcribed into the messenger RNA in the right cell, at the correct time and in the corresponding quantity. Thus, the mRNA provides the blueprint for the biosynthesis of certain proteins that perform a variety of functions in the cell. ONECUT1 is part of a family of genes encoding proteins that play a key role in pancreas and also liver development.